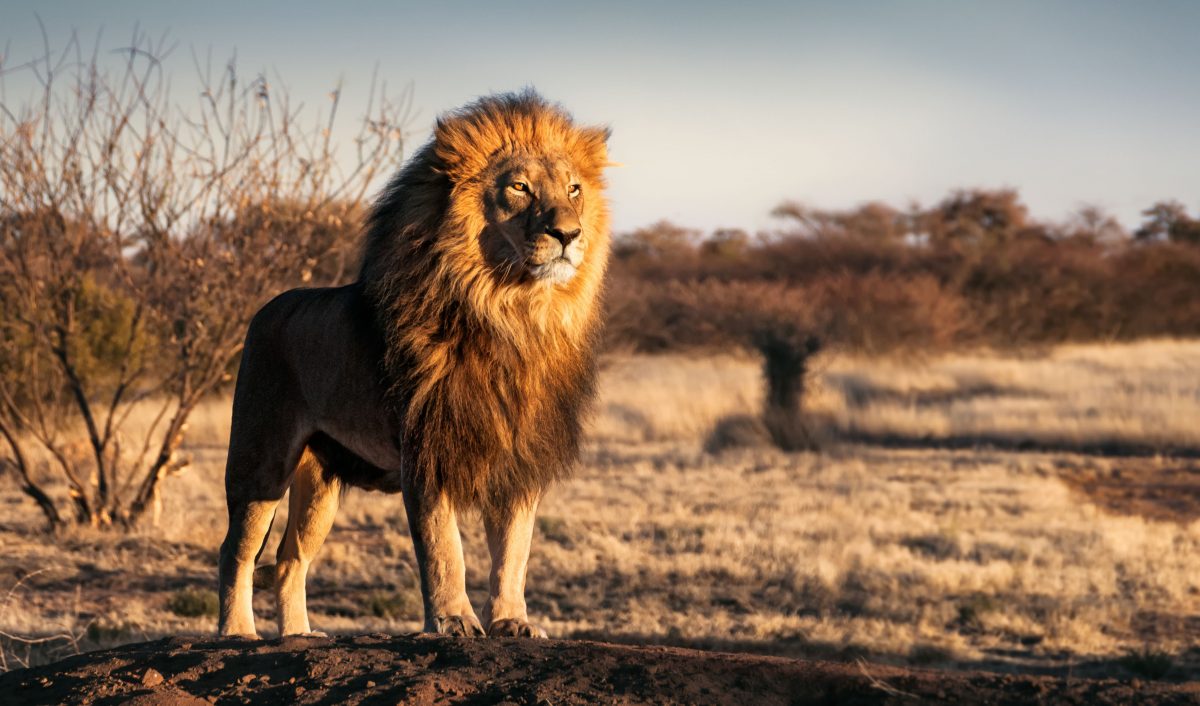 For generations, lions and other wildlife have been used in circuses and forced to perform tricks for an audience. Not only are these animals confined to small cages with little room to roam, but they endure a life of abuse and stress. Animals are often whipped or abused while being trained, or if they do not behave properly during shows. The average circus travels 48 weeks a year, and these wild animals must endure relentless abuse during this time.

From an audience’s perspective, these shows may seem like fun and exciting, but it’s definitely not fun for the animals. Behind the scenes of these shows involve horrific living conditions and extreme animal abuse. Fortunately, there are animal activists and foundations who recognize that these wild animals belong to nature, to roam freely as they please.

Let’s take a look at these heartwarming and hopeful videos of lions freed in sanctuaries!

Prior to their rescue, Tarzan and Tanya had been locked in a cage and forced to perform in a circus for eight long years in Guatemala. They have spent their entire lives until their rescue, in captivity, and have been exploited for entertainment. At ADI A rescue center in Guatemala, the rescue team aims to ban as many circuses as possible and release these majestic creatures to a sanctuary in South Africa.

2. Circus Lion is eager to reunite with her cubs

This mother lion was separated from her cubs when she was rescued from a circus in Peru. In the video, she kept crying until she found them. At the circus, her cubs were snatched away from her so that they could be exploited for entertainment. The cubs were far too young to be separated from their mothers. Fortunately, the rescuers worked hard to reunite this family!

This lion family was rescued from a Romanian zoo and released in Lions Rock, an animal sanctuary in the Eastern Province of the Free State in South Africa. A charity called Four legs, saved this lion family from Onesti Zoo. While in captivity, they suffered from malnutrition and were placed in cramped living spaces with little sunlight or access to nature. Watch this heartwarming video of them finally freed in a sanctuary!

4. Simba and Bella: finally together

This rescue story involves two lions, Simba and Bella. Bella was rescued from Romania and Simba from a French circus. Simba was first placed in a sanctuary in Belgium. After being transferred to Africa, Simba was introduced to rescued resident lioness Bella in 2015. These two can now keep company in the safety of a sanctuary.

5. Jora and Black the rescued lions

Watch this heartwarming video of two gorgeous former circus lions, eight-year-old brothers Jora and Black, who were successfully rescued from Bulgaria and are now thriving in their new South African home. Fortunately, it is now illegal to use wild animals in Bulgarian circuses.

6. Lions say goodbye to the circus

These four lions were born in a cage, and deprived of all freedom. Angela, Bellone, Louga and Saïda are four lions who were born in the circus in France and have spent their entire lives traveling and performing. They were forced to perform humiliating tricks and were whipped if they didn’t. The Born Free Foundation was able to provide them with a home for life in a big cat rescue center in South Africa!

The Born Free Foundation helped these two lions finally achieve freedom after a miserable life in the circus. They were rescued from Belgium and brought to the Born Free Big Cat Sanctuary in South Africa. Ciam was two and a half years old when he was rescued in a circus in France. He lived in a cramped cage with little room to move around. Nelson was saved at 17 by the foundation after 15 years of performance. Watch their exit in the sanctuary!

We also recommend that you download our Food Monster app, available for iPhone, and can also be found on Instagram and Facebook. The app offers over 15,000 herbal and allergy-friendly recipes, and subscribers get access to new recipes every day. Check it out! For more vegan food, health, recipe, animal and life content posted daily, don’t forget to subscribe to the One Green Planet newsletter!

Being publicly funded gives us a greater chance of continuing to provide you with high quality content. Thanks for supporting us !