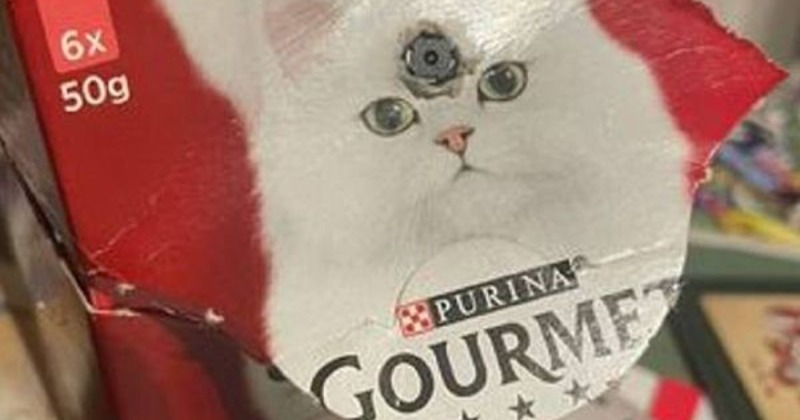 A man was shocked after discovering a secret spy device attached to a box of cat food he bought from a store.

The cat lover, who bought food for his two cats Lilliput and Goliath, said his girlfriend made the strange discovery when she opened the container to feed the couple.

The couple said the box contained a spy camera and a transmitter. They took pictures of the devices to substantiate their claims.

The man who chose to remain anonymous said the camera lens was hidden in the packaging, which appeared to have been sealed very cleverly. The lens appeared on the head of a cat photo printed on the front of the box. This clearly gives the impression of an “extra eye”. The cat’s owner said he picked up the box from a local Welcome store, a franchise of a cooperative, according to The mirror.

“Last night my girlfriend was pulling it out of the closet and she said ‘what is this?’ At first we couldn’t figure out what it was, then we realized there was clearly a camera sticking out of the cat’s head, ”said the anonymous cat owner.

“I went back and looked where that shelf was, where the cat food would have been, and most of that shelf faces a bunch of bottled water, but it faces a bit of an area of. reserve, “he added.

The man said he was unable to retrieve the footage from the camera, but had an idea of ​​how the camera ended up in the box. He believes the camera was installed in the factory to keep an eye on the staff. It may also have been set up by a person seeking to investigate a case. Interestingly, the camera did not have a battery.